Our Wage Garnishment Lawyers in Florida Can Help You.

Wage Garnishment is a method of debt collection that occurs when a creditor takes legal action to garnish part of your wages until the amount owed is paid in full or until you take legal action to stop the garnishment.

Wage garnishment occurs when your employer withholds part of your wages to pay debts owed to creditors. In order for your wages to be garnished, your creditor must first sue you for the outstanding debt. If the creditor obtains a favorable judgment against you, then you can ask the court to issue a garnishment order. However, some types of debts do not require a court order, such as unpaid taxes, some student debts, or overdue child support payments.

Fortunately, you have many legal options to prevent or stop wage garnishments from occurring. Call (954) 922-2283 to schedule a free consultation with our wage garnishment lawyers.

Robert Stiberman is a highly regarded wage garnishment lawyer serving Florida. His law firm, Stiberman Law, is comprised of a team of experienced and reliable attorneys with a proven track record of working in the bankruptcy law industry.

Our Wage Garnishment Attorneys In Floria Can Help You

If you’re being threatened with wage garnishment or are already having your wages garnished, contact our lawyers for assistance. The consultation is completely free.

We Can Help You To

How To Stop a Wage Garnishment in Florida

There are several ways to deal with garnishment in Florida.

If you have received a notice that you are going to be garnished, it is advisable to see an attorney as soon as possible and request a hearing. This in many cases, depending on the situation, can prevent a wage garnishment order from being issued.

Before a garnishment order is entered, there are several possible options to stop the garnishment: payment of the debt or settlement with the creditor; appealing Florida's exemptions to garnishment; or filing for Chapter 7 or Chapter 13 bankruptcy, which immediately stops the garnishment.

Once a garnishment begins, the options are narrowed depending on the type of debt, with bankruptcy generally being one of the main options to stop the garnishment.

At the time you file for bankruptcy, you will receive an automatic stay, which will end the garnishment of your wages and freeze most collection actions, including calls and letters.

The bankruptcy lawyers at Stiberman Law offer counseling on how you can stop some creditors from garnishing your wages.

Explore Your Options With a Florida Wage Garnishment Attorney

To find the best solution for your specific circumstances, contact a attorney at Stiberman Law. The consultation is completely free.

What Is Wage Garnishment?

Wage Garnishment is a common method of debt collection. It occurs when a court order requires your employer to withhold part of your wages until your debt is paid in full or until you take legal action to stop the garnishment.

Can garnishment be stopped once it has started?

Generally, once garnishment has begun, wage garnishment continues until the debt is paid in full. However, in some circumstances, the garnishment can be stopped, or at least reduced.

How to Limit or Stop Wage Garnishment?

There are limits on the amount a creditor can garnish your wages. In addition, certain types of income are exempt from garnishment, but there are also exceptions to these limits. In addition, a Chapter 7 or Chapter 13 bankruptcy filing provides an "automatic stay" to stop attempts to collect a debt, including wage garnishment.

In a wage garnishment situation, it is advisable to contact an attorney to advise you of your options.

Do I need a lawyer to stop a wage garnishment?

It is not necessary, but it is recommended. Time is of the essence in responding to or stopping a garnishment. A lawyer will put all his experience and knowledge at your disposal, which will save you a lot of time and money.

Can I be fired because of my wage garnishment?

In principle, no. The wage garnishment provisions of the Consumer Credit Protection Act (CCPA) protect employees from being terminated by their employers because their wages have been garnished for a single debt, regardless of the number of garnishments made or proceedings initiated to collect it. However, this protection for employees is diminished when their income has been subject to garnishment for a second or subsequent debt.

Can my entire salary be garnished?

No. The Consumer Credit Protection Act (CCPA) limit the amount of income that can be garnished in a week.

How Do I Stop Wage Garnishment in Florida?

For more information on how to end wage garnishment by filing bankruptcy, contact our Florida attorneys to request a consultation today.

Our experienced debt collection relief attorneys can put an end to actions by your creditors to get at your hard-earned money.

At Stiberman Law Firm, our work focuses on bankruptcy and debt solutions, so we know exactly what legal protection you can be granted under Chapter 7 bankruptcy or Chapter 13 bankruptcy.

With over 20 years of experience with bankruptcy law, we have filed thousands of bankruptcies and helped many people get a fresh start, regardless of their financial situation and the size of their debts.

"I need a Wage Garnishment Lawyer near me"?

We can help you. We understand the importance of being close to you, which is why our law firm have offices located throughout South Florida.

We represent clients throughout South Florida.

‎Book a free consultation from an experienced lawyer 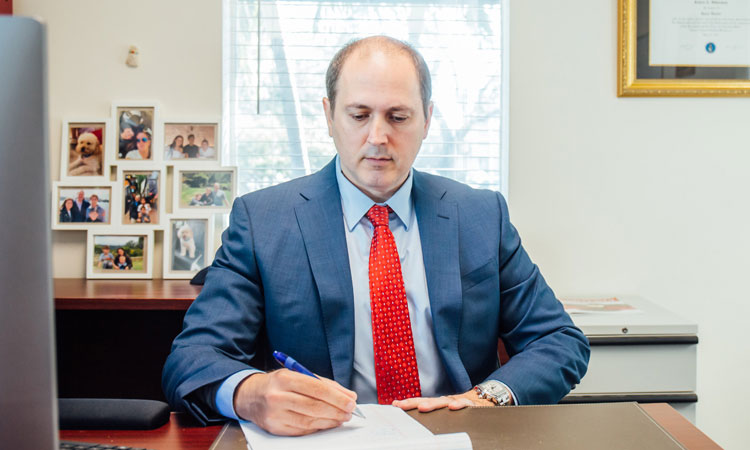 Robert Stiberman is a top rated wage garnishment attorney. His law firm, Stiberman Law, is comprised of a team of experienced lawyers with a proven track record of working in the law industry.

Speaking to our law firm is always 100% confidential. We do our best to respond to inquiries in under 24 hours.

We’ll get in touch as soon as possible.